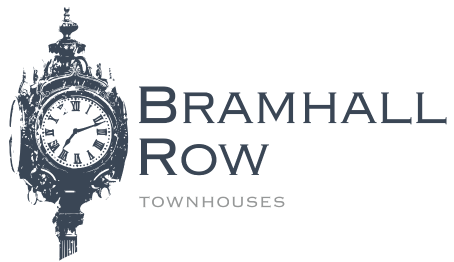 A Bit Of Bramhall Hill History

Bramhall Hill is a hill in the west and southwest of the downtown peninsula of Portland, Maine. At its height, the hill stands 171 feet feet above sea level, with a sharp drop below. The area includes the West End neighborhood, the Western Promenade and part of the Old Port downtown district. Bramhall Hill commands an extensive view west and north-west of the bay, the mainland and the White Mountains some 80 miles away.

Some of the finest residences of Portland were built and still stand on Bramhall Hill. The area was originally the property of George Bramhall. George Bramhall moved to Portland in 1680 and bought 400 acres of land from George Cleaves, known as the “founder of Portland.” Bramhall was a tanner by profession and set up a tannery in the area. He was killed during the French and Indian Wars in1689.

In 1870, a 20-inch main brought water from Sebago Lake to a 12-million- gallon reservoir on Bramhall Hill. This supplied most of the city&#39;s drinking water. The first capital conviction in the United States Courts after the adoption of the Constitution occurred on Bramhall Hill in 1790. Thomas Bird was convicted of piracy and murder. After a prompt refusal for pardon by President George Washington, Bird was executed.

The following is excerpted from Portland’s Historic Preservation Board’s Staff notes on The Francis Hotel and Bramhall Row development.

The existing former residential structure at 749 Congress Street, known historically as the Mellen E. Bolster House, was built in 1881 and designed by Francis Fassett and John Calvin Stevens. Designed in the Italianate style (which was a more conservative style choice for the 1880s), the building has the symmetrical composition and architectural detailing common to other homes built in this popular style during the 1860s and 1870s in the newly developing neighborhoods of the western section of the city. The building today is one of a series of substantial, architecturally notable brick residential structures that line the north side of Congress Street west of Longfellow Square.

The brick building remains relatively unaltered and has been well maintained. Building alterations include a one-story brick addition on the east side of the house facing Congress Street. Although the current porte cochere located off the west side of the building is of relatively recent construction, the 1924 tax photo confirms that there was a porte cochere in this location at that time. (The tax record also indicates that the building was already occupied by Hay & Peabody Funeral Home in 1924.)

The property also retains original site features, including its granite retaining wall and posts and its ornamental iron fence. The massive cast iron clock (Seth thomas circa 1900-1905) is not original to the property, but has been a fixture in this location for many years, becoming a landmark site feature with the Congress Street Historic District.

At the rear of the property are two carriage houses, one of which is the property that is part of this development. According to historical information, it appears that both were originally part of the westerly abuttor’s property at 757 Congress Street. The carriage house now part of this development was built c. 1920 and is Colonial Revival in style. The two handsome carriage houses remain to record a time when the homes on Congress Street were occupied by successful Portland merchants and professional who were financially able to maintain their own horses and carriages.